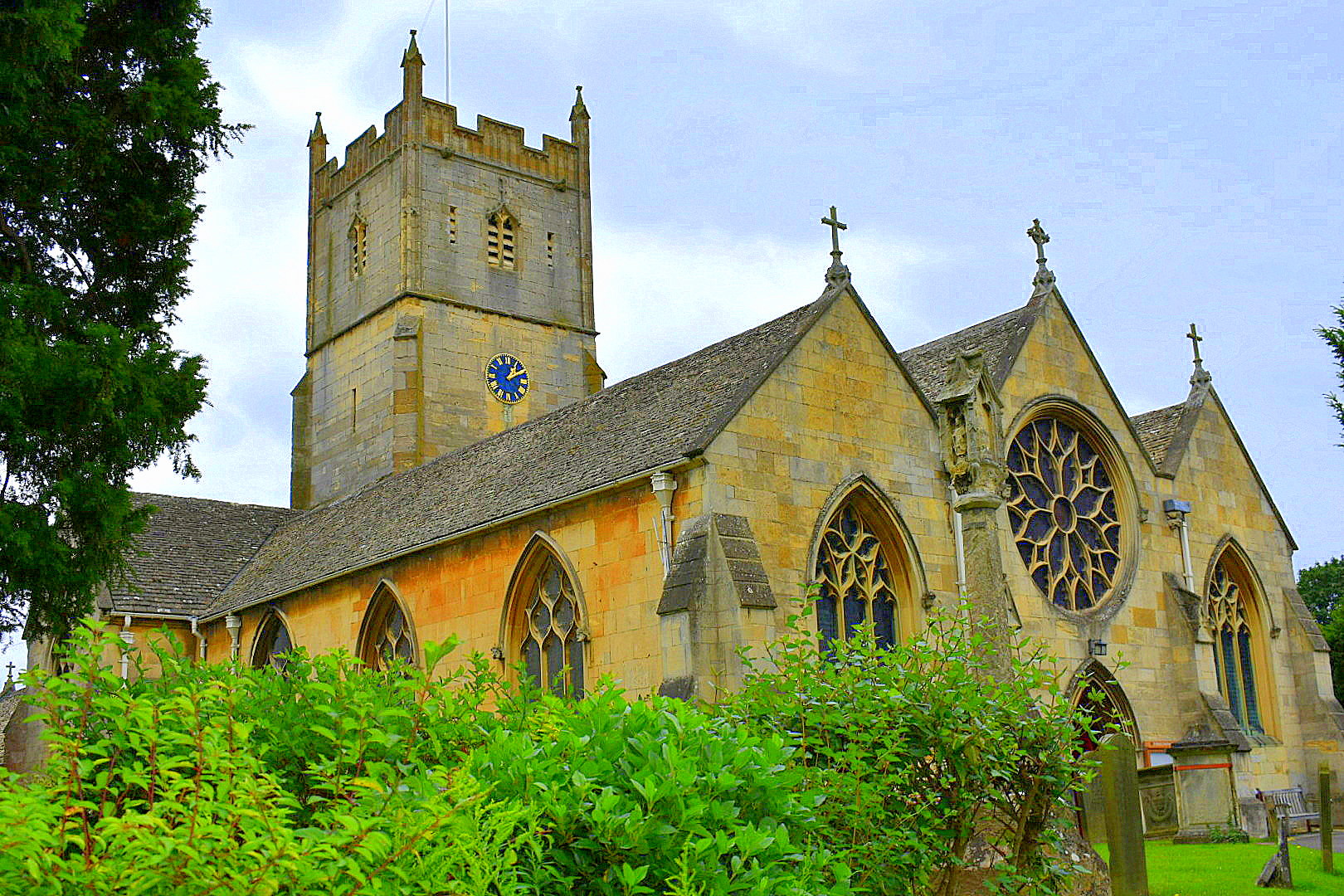 St Mary’s is listed at Grade II and is of high architectural and historic significance. While no standing fabric from the late C12 church survives there is evidence of a former late C13 priest’s chamber and substantial survival of late C14/early C15 fabric, including the tower and part of the south aisle. Both church and churchyard have significant archaeological value.
The church contains a number of important fixtures and fittings, including a C12 font and C14 piscina. Important C19 additions include the striking rose window at the west end. The church is surrounded by a large churchyard that contains two C15 churchyard crosses (one of which is a Scheduled Ancient Monument) and an impressive collection of monuments, including a large number that are listed at Grade II. The listed churchyard boundary wall and gate are important elements of the streetscape.

Information is taken from ‘Taking Stock in Cheltenham and Gloucester’ English Heritage and the Diocese of Gloucester Partnership Project and was written in 2010.